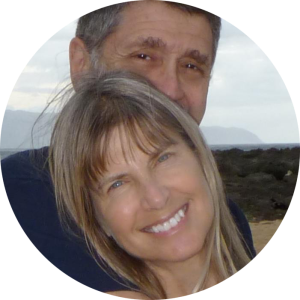 Diane Medved, Ph.D. is a clinical psychologist, author of seven major non-fiction books, blogger, and nationally-known speaker and media personality. A fifth-generation Californian, she received her bachelor’s, master’s and doctoral degrees from UCLA, as well as her elementary and secondary teaching and counseling credentials, supporting herself through school as a writer, teaching assistant and researcher.

Dr. Medved’s long-running blog, and frequent newspaper and magazine columns cover social media, family and politics. Her doctoral work with couples inspired successful UCLA Extension courses that became the bases of her first and second books, on the marriage and child-bearing decisions. She speaks nationally on family issues as well as her unique “Eat What You Want” no-diet program that tackles distress and dissatisfaction about appearance and food.

Dr. Medved’s experience in her clinical practice led to her groundbreaking book, The Case Against Divorce (1989; still widely sold in paperback). In it, she shows how divorce is usually “a cure worse than the disease” and details how a casual attitude about divorce harms individuals, children and the wider community.

Dr. Medved’s other books include Children: To Have or Have Not?, First Comes Love: Deciding Whether or Not to Get Married, Saving Childhood: Protecting Our Children from the National Assault on Innocence (with her husband Michael Medved) and The American Family: Discovering the Values that Make Us Strong (with former Vice President Dan Quayle), which quickly appeared at #1 on the Los Angeles Times Best-Seller list (first printing 350,000 copies).

Diane and Michael Medved have been married for 36 years, and raised their three children in their present Seattle-area home. They became grandparents for the fourth time recently with the birth in January, 2021 of David, who joins his adorable toddler cousins, Micah Thomas (born June, 2020), Emily Dahlia (Nov. 2019) and Julia Rose (Jan. 2017).